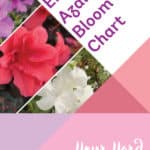 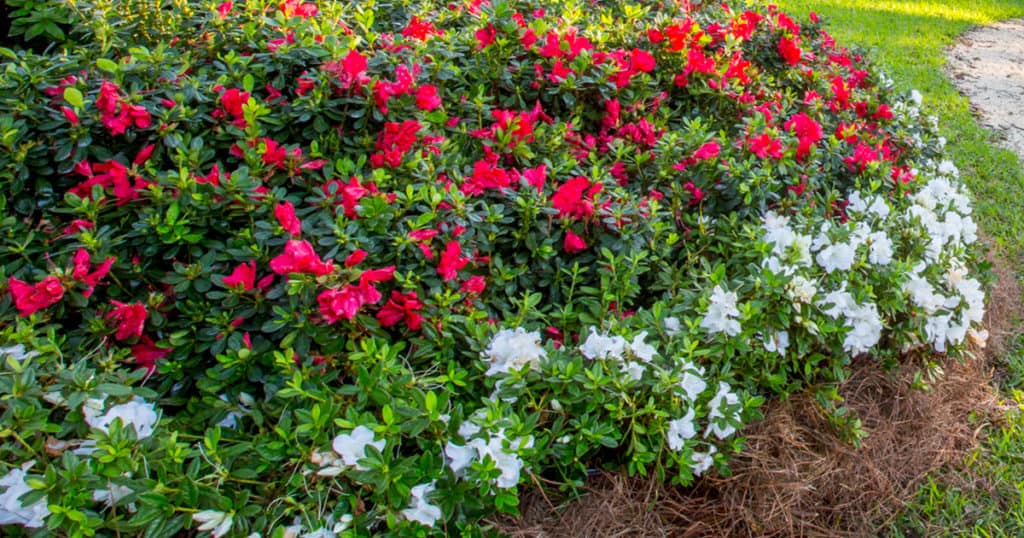 The azalea – the most loved spring-blooming shrub – dazzles in the landscape for 3 to 4 weeks. Encore® Azaleas, on the other hand, typically fill your landscape with 4 to 6 months of unparalleled floral beauty – demonstrating why they are number one.

To be honest, in places like the Gulf Coast and the Southern East Coast, it is not uncommon to see Encore® Azaleas blooming in the garden for 8+ months of the year. It is because Encore® Azaleas repeat bloom throughout the year, culminating in a fall crescendo worthy of a family portrait just before winter’s rest.

Encore® Azaleas now offer you 33 outstanding choices for your garden. We know with that many selections it can be somewhat confusing. So, we at Encore® have put together some bloom charts to assist with maximizing your azalea bloom for months of riveting color.

The first chart you may want to peruse is the Encore Azalea Bloom Times. We have made this pretty simple – you can pick your favorite colors and their bloom times. Let’s say your goal would be to have incredible sweeps of purple and pink, with some dashes of glistening white –the bloom time chart will help you identify early-, mid- and late-season blooms for both spring and fall. That being said, know that Encore® Azaleas have blooms in the summer, too, some varieties heavier than others.

The other chart that will help you maximize your landscape show of color is called Encore Azalea Bloom Quantity. Each Encore Azalea is wonderfully unique. This chart ranks blooming seasons – spring and fall – with quantities of blooms from light to medium to heavy.

With the goal of purple, pink and white as stated above, and using the Encore Azalea Bloom Times and Bloom Quantities charts, a design proposal could be presented with Autumn Lilac® (purple), Autumn Princess® (pink), and Autumn Ivory® (white) or Autumn Starlite® (white with pink flecks).

All of the varieties chosen above have the same dwarf growth habit. The bloom time chart tells us the white selections may begin a little earlier, but they are known to be prolific bloomers. The bloom quantities chart indicates each variety blooms heavily in spring and fall, with the exception of Lilac, which is a medium spring bloomer.

Passionate for red – so is everyone else! Go to the Encore Azalea Bloom Times chart. Autumn Bonfire® – our newest true saturated red – will probably steal your heart. It is dwarf, double blooming and starts early in the spring. White is certainly to be considered as a contrasting companion, and Autumn Ivory is the perfect partner. It, too, is dwarf and begins the season early. Also, by consulting the Encore® Azalea Bloom Quantities chart, you can ensure the bloom quantities complement one another. In this case, they do, as Autumn Bonfire™ is considered a medium-bloomer in spring, with a heavy bloom quantity in fall, while Autumn Ivory™ is heavy in both.

Those of us that have been growing Encore Azaleas and photographing them, sometimes feel they are always blooming. Even though the two charts are for spring and fall, know that Encore® Azaleas have blooms in the summer, too – some varieties heavier than others. Each and every year is different, as nature dictates the arrival of the seasons and the timing of rains that seem to magically rejuvenate the garden.

Yes, some of us have photographed Encore Azaleas blooming New Year’s Eve, which, you have to admit, is really no rarer than capturing images of the beautiful blooms in the middle of summer. Such is the mystery and the beauty of the Encore Azalea series of Autumn-blooming azaleas.

Ready to Plant Your Masterpiece?

Get Expert Care and Planting Tips